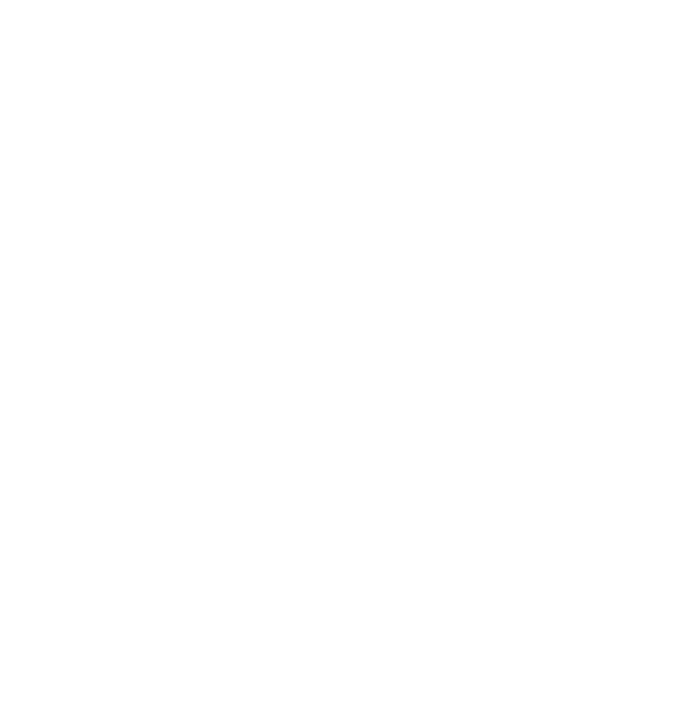 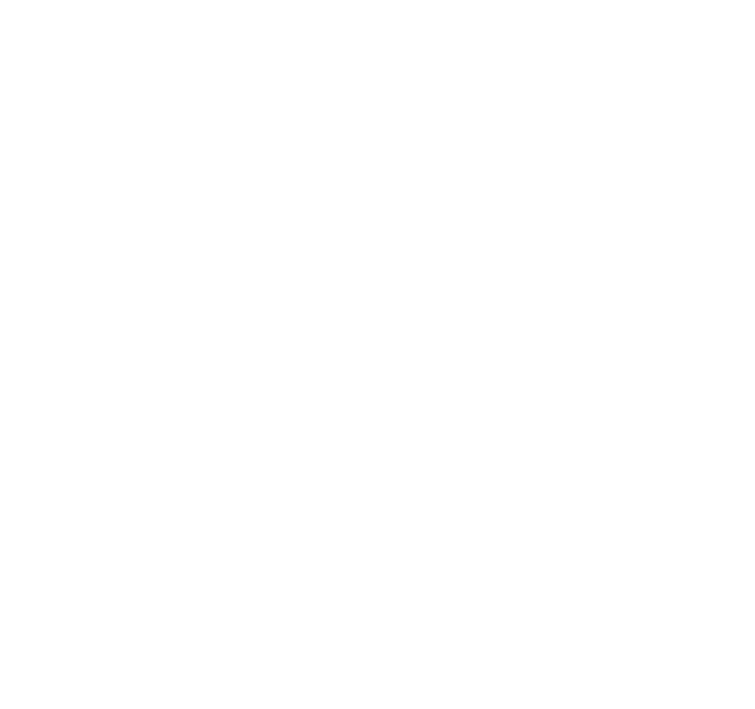 It is with great pleasure that we announce the ACHD Academy Update LIVE in Split, Croatia, an International Congress on Adult Congenital Heart Disease taking place on 24-25 September 2021.

Due to the Covid-19 pandemic our academic interactions have been largely confined to digital means. There has, nevertheless, been substantial progress in the cardiology field, especially in adult congenital heart disease. New 2020 ACHD Guidelines have been developed as new evidence has accumulated for this patient group, particularly on percutaneous interventional techniques and risk stratification with regard to timing of surgical and catheter interventions, and medical treatment with increasing level of evidence in support.

This, we see as an opportunity to start planning beyond the Covid era, and have a great reunion and “post-Covid celebration” amongst our ever growing ACHD family.

Join us in Split.

We know that the ACHD Academy Update will meet your expectations and more, that you will enjoy your visit and stay in the beautiful city of Split, overlooking the Adriatic Sea.

Looking forward to SEEING YOU ALL in Split in September 2021.

The Radisson Blu Resort, Split is a perfect location for our meeting. It offers an environment for conference that can be both professional and relaxing. Venue is close to the city’s center overlooking the sea. There are 8 stylish meeting rooms equipped with free high-speed wireless internet access and state-of-the-art audiovisual equipment. 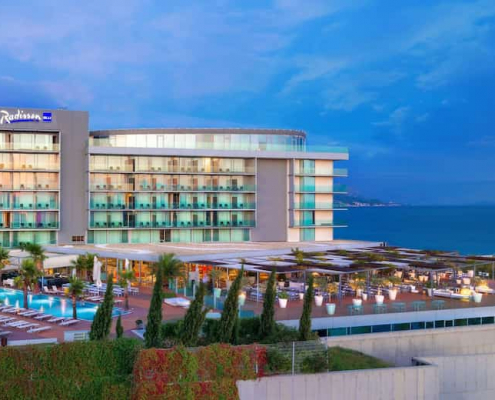 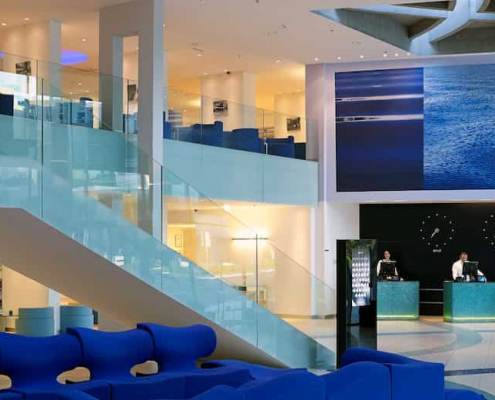 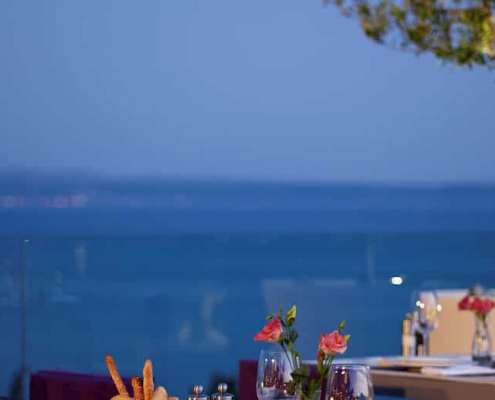 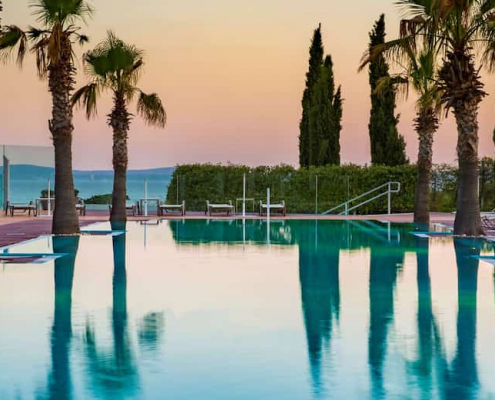 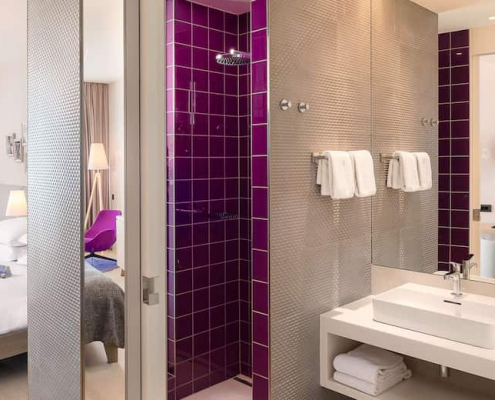 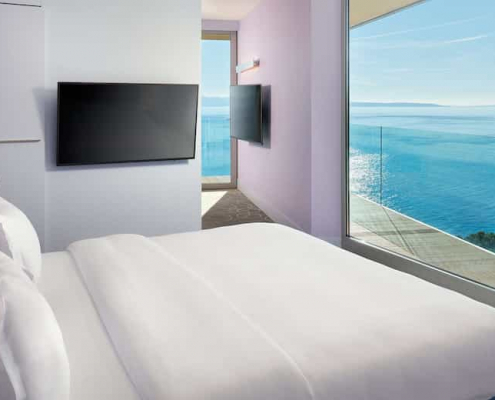 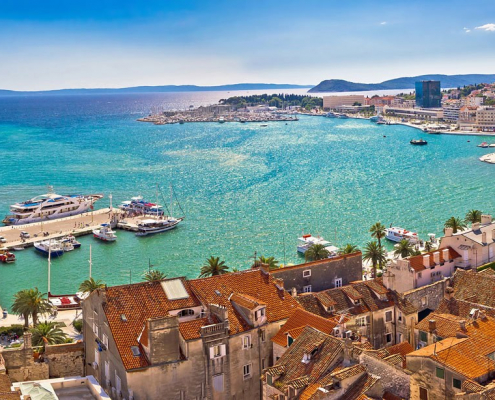 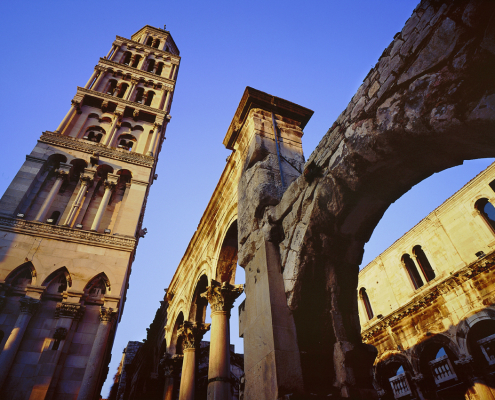 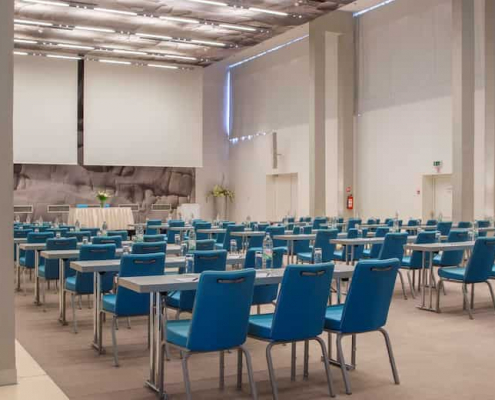 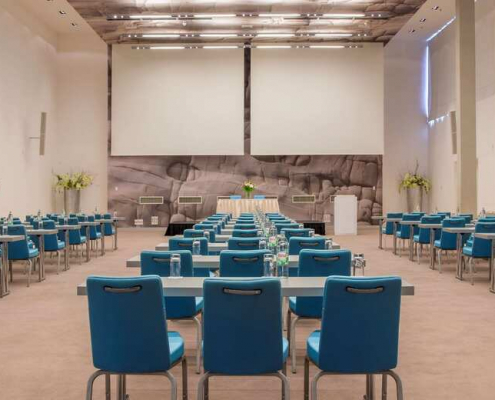 The registration fees include:

Any cancellation or alteration of your registration must be notified in writing to Organizing committee by email info@achdacademy.com and will be subject to the following conditions:

Please note that any refund will be processed after the Congress.

ACHD Academy Update 2021 is only accessible to healthcare professionals, associated press and other stakeholders in the science, management and prevention of cardiovascular disease. By registering, you accept that non-healthcare professionals, including children, will not be able to access the meeting. By registering you also fully accept all registration’s conditions as further detailed.

The information collected during registration is subject to data processing to process your purchase and manage the congress and related social event as well as ensure you get an invoice, congress badge, invitation letter, CME points and certificate of attendance. Without this information, we will be unable to properly process your registration. Filida – Putnička Agencija d.o.o. is the data controller. The information collected during this registration process is necessary to provide you with an optimal user experience and networking opportunities during ACHD Academy Update 2021. During ACHD Academy Update 202 your online activity will be tracked and collected by the Filida – Putnička Agencija d.o.o. This will be used for reporting and statistical purposes; to assist in enhancing your experience; to inform you about congress activities in a coherent and adequate manner and provide you with personalised suggestions and recommendations of pertinent content for you to visit. The recipients of the data are Filida – Putnička Agencija d.o.o. (the meeting organizer and secretariat). The data collected will be kept for a maximum of five years after your last transaction or activity with us. Additionally, please be aware that your profile information and details will be shared with the sponsor of the Industry you choose to interact with (via banner, session and/or webpage, booth, sponsors interactions and meetings) as part of ACHD Academy Update 2021. The following personal data can be retrieved by the corresponding exhibitor or industry: first name(s), last name(s), country, email, and profile information. In accordance with the chapter three of the European Regulation 2016/679 with regards to data protection, you have the right to request from the Filida – Putnička Agencija d.o.o., access to and rectification or erasure of your personal data or restriction of processing concerning your data or to object to processing as well as the right to data portability. To make such a request, please contact info@achdacademy.com (be aware that a proof of identity will be requested during the process via a secure web link).

The abstract must follow the following structure:
Background
Material and methods
Results
Conclusions

Figures: Tables, pictures, graphics can be attached as a JPEG file (maximum 1Mb) with a maximum size of 800×600 pixels and a resolution of at least 300 ppi. You can only enter one figure.

The final selection will be made by the Scientific and Organising Committee that will determine the format and schedule of presentation for each abstract. No rescheduling or changes will be possible.
All abstract submitters will be notified by e-mail, around the 1st July 2021, about the outcome (accepted or not accepted) of the review and selection process. Please ensure that the email provided is accurate as all correspondences will be sent via email. If the abstract is accepted, further instructions will be provided at the time of results announcement.

Abstracts must be original and must not have been published or presented at any other meeting prior to the ACHD Academy Update 2021. Abstracts of unfinished researches will not be evaluated. Abstracts stating ‘data will be discussed in the presentation’ will not be accepted. Clinical case submissions are accepted. The abstract body must not include any indication of the personal details of authors. Avoid also reference to institutions, locations or funding sources.

Abstracts must be submitted using exclusively the on-line abstract submission form you will find in this website. Abstracts submitted by email or fax will not be accepted. Abstracts received after the deadline will not be considered. The presenting author is required to ensure that all co-authors are aware of the content of the abstract before submission.

The Presenting author must be the Contact author in the submission form and he/she must be listed first in the list of authors. There is no limit to the number of abstracts an author/individual may submit, but the same research cannot be submitted twice, even with a different title. The Presenting author must register for the meeting before 1st August 2021 to ensure the abstract is included in the program and scheduled for presentation.

Accepted abstracts will be presented in Poster room ( PDF ) in the meeting venue and on the Poster Gallery in the virtual meeting platform. In addition, a selection of the best posters will be also presented orally. More information will be included in the Abstract acceptance letter.

Abstracts must not exceed 300 words and must be submitted in English. Please do not leave blank lines to separate paragraphs. Special characters and symbols are accepted in the abstract except in the title. We suggest to type the text in a Word processing programme in a common font, and copy-paste it into the corresponding field. Bold, italic and underlined texts are not accepted. The story of Split is already 17 centuries old, dating to the time the Roman Emperor Diocletian decided to build his Palace right on the peninsula near the great Roman city Salona, where he wanted to spend the last years of his life. During these 1700 years the Palace slowly turned into a city, which to this day lures with its rich tradition, glorious history and beauty of its natural and cultural heritage.

Diocletian Palace and the entire historical core of Split have been on the World Heritage UNESCO list ever since 1979, and not only for the extraordinary preservation of the Palace, but also because the Palace and its city (or the city and its Palace, if you like) continue to live a full life. All historical layers from the old Rome, middle ages till today are still visible and alive in this structure. A walk through the ancient city takes you through time, along the great examples of ancient architecture like Peristyle, the middle aged Romanesque Church and Gothic Palace, Renaissance portals of the noblemen’s houses, Baroque facades and modern architecture superbly merged in the rich heritage.

Such stratification is mirrored in everyday life of Split. Local inhabitants sit in the same cafes, restaurants, shop in the same stores as tourists, giving them the impression that, by arriving to Split, they became a part of the city and its rhythm. The vegetable market and the fish market represent the centre of each family’s life in Split, just as the entire social life of this city of 200 thousand reflects on the Riva (waterfront), where every guest should endeavour to have his coffee alongside noisy, temperamental folk of Split.

Split is much more than glorious architectural scenery. Split is also a venue for excellent gourmet and vine experiences, numerous cultural happenings like film and theatre festivals, exhibitions, excellent museums and concerts, a city which offers eclectic modes of entertainment starting with numerous clubs and bars, through street festivals to events such as Ultra Europe Festival visited each year by up to 100 thousand young people from around one hundred countries of the world. Split with its sport results is something only a handful of cities of similar size around the world can boast about as it is the home of a dozen Olympic medal winners as well as other sports medals.

When you tire of the city bustle, there’s Marjan, hill symbol over the city, with its forest, jogging trails, mountain climbing and biking, recreational terrains, but also the ancient churches where the late citizens of Split sought spiritual peace. Also very unusual to find in a city the size of Split are the numerous beaches with extraordinarily clean sea, from the well known Bačvice to the stone secluded oases’ all around Marjan.

After all that’s said are you at all surprised that citizens of Split have a saying “There is no place like Split”?

Croatia is a Central European and Mediterranean country, bordering Slovenia to the west, Hungary to the north, Serbia to the east and Bosnia and Herzegovina to the south; the country also has a long maritime border with Italy in the Adriatic Sea. These borders total 2,028 km altogether.

Croatia has an unusual shape (similar to a croissant!) that is unlike any other country in the world. This unusual shape is as a result of five centuries of expansion by the Ottoman (Turkish) empire towards Central Europe. (Although having said this, the Turks never actually conquered the country; they did however control some of Croatia’s neighbours such as Serbia and Bosnia and Hercegovina.) If you’re interested, we have more on Croatia’s past on our history of Croatia page.

Croatia covers a land area of 56,691 square kilometres and has a population of about 4.29 million people (2011 census). Almost 90% of the population is Croat (the majority of whom are Roman Catholics) and there are also Serbian, Bosnian, Hungarian and Italian minorities.

Main towns and cities in Croatia

The main population centres are Zagreb, the capital (with a population of about 800,000), Osijek in the northeast (population: 108,000), and the ports of Rijeka (population: 128,000) on the northern part of the coastline, and Split (population: 240,000) towards the south. Other well known towns include Dubrovnik, Makarska, Porec, Rovinj, Opatija, Zadar and Sibenik.

Croatia has an amazing 5,835km of coastline, 4,057km of which belongs to islands, cliffs and reefs. There are 1,244 islands and islets in the Adriatic, although only about 50 are populated. The largest island is Krk (near Rijeka) which has a land area of 462 square km, whilst the country’s other well known islands include Hvar, Brac, Korcula and Pag.

Croatian is the official language, which is written in the Latin script. The Croatian alphabet has 30 letters – all the letters of the English language, minus the q, w, x, and y but with the addition of č, ć, dž, đ, lj, nj, š and ž. See our Croatian for Travellers section for a more detailed guide and an introduction to the Croatian language!

The climate is Mediterranean along the Adriatic coast, meaning warm dry summers and mild winters, with 2,600 hours of sunlight on average yearly – it is one of the sunniest coastlines in Europe! The interior of the country has a continental climate with hot summers and cold, snowy winters.

To learn more about Croatia, take a look at:

Main ethic group Croatian (almost 90% of the population is Croatian)